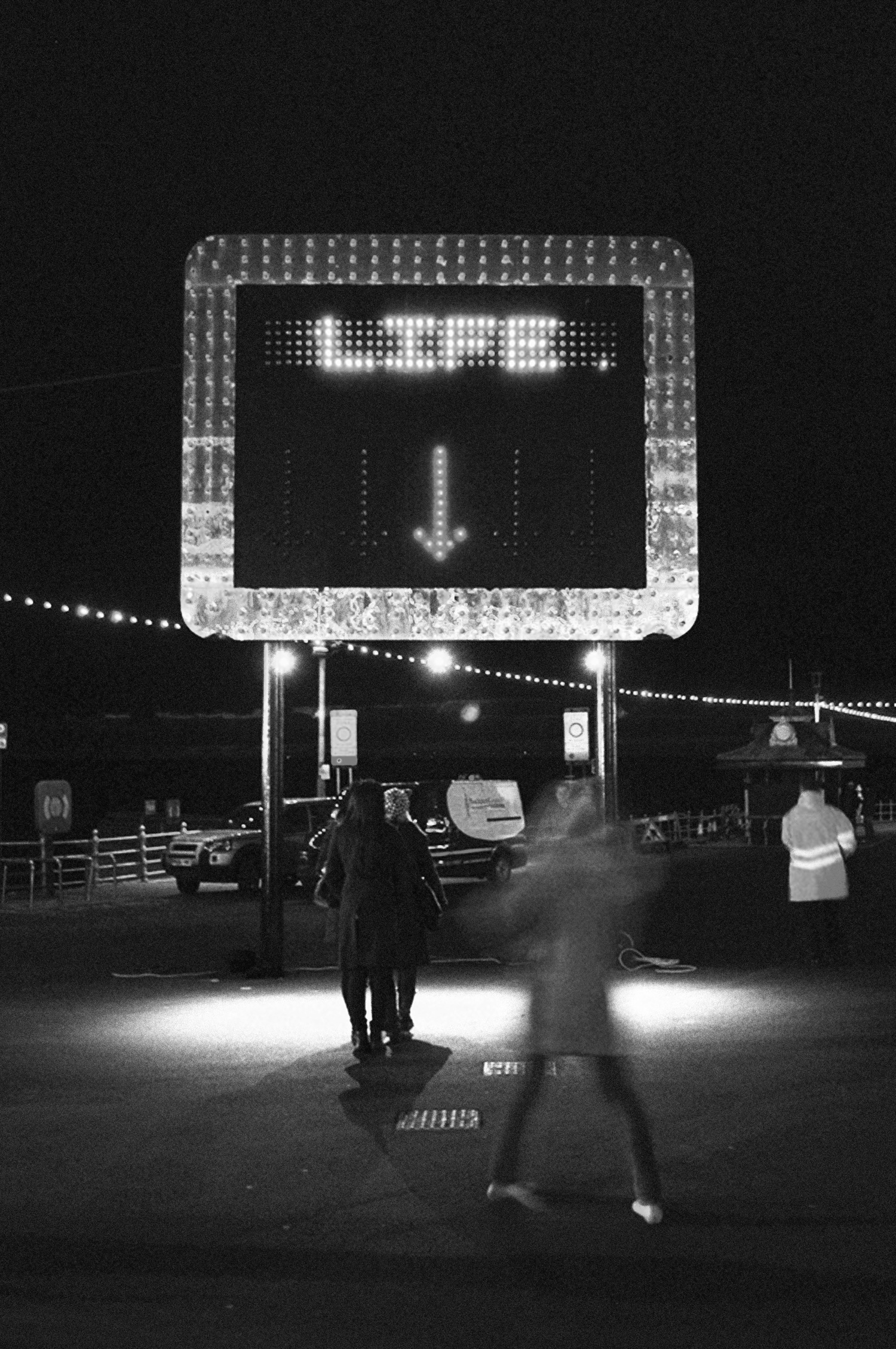 Best Time of Your Life

The seaside town of Blackpool on the West Cost of England is full of tourists attractions with signs calling out from all directions, instructing you to have fun, eat, win…

“Step inside – Lift for prizes – Feel the buzz…”

For her commission with The Grundy Gallery and the Illuminations Festival 2012, Laurence Payot worked with a team of young people to create a new sign.

The works’ understated appearance merged with the city’s landscape, re-arranging words and sentences found on the street signs of Blackpool to give them new meanings.

The resulting work does not only stand as an object to be read, but also actively invites people to take actions underneath it, where they can stand in the spot-light, pose, dream, ask questions about life, or wait for enough people to gather and have a groups hug.