The United Kingdom abounds with folklore and traditions often dating back centuries. We roll cheeses down hills, “dress” wells with flowers, race with pancakes, hunt mallards, all manner of weird and wonderful things. The vast majority of these traditions are local, often based on myths or legends. Some have their roots in religion, the oldest in pagan ritual. All hark back to the past.

Now, a group of artists in Bedfordshire are working hard to create a piece of unique, contemporary folklore that they hope will survive down the generations. It’s called Wind Charming, and the tradition, now in its second year, sees local people take to the Dunstable Downs on the last Sunday in August to “charm” the wind. It’s a concept that could be adapted to localities across the country.

The idea began when Bedford Creative Arts (BCA), an Arts Council funded charity promoting contemporary arts projects, commissioned French performance artist, Laurence Payot (above), to devise a community arts project in Dunstable. Payot conducted a campaign she called We Are Now. Its aim was to try to determine what local people felt was special about their town given that so much of urban Britain has developed a bland homogeneity.

The aspect that featured time and again in consultation sessions with 2,000 people in various community forums was the wind. The nearby Dunstable Downs (above), an official Area of Outstanding Natural Beauty, is a wind-swept ridge. Its geographical aspect, most notably its height, makes it a mecca for kite-flyers and gliders. Indeed, its Kite Festival attracts people from all over Britain each July.

The wind seemed to Laurence Payot to be the centre of local cultural life and she developed the idea of the Wind Charmer to exploit this. What’s more, it would appeal to everyone regardless of class, colour and creed.

“With my work I’m interested in people being participants, active rather passive. I didn’t really want it to be something you go and see but I wanted people to be part of it. So the idea of people being wind charmers is not about coming to watch the wind. They are actively engaged in making the legend happen. So you don’t go to see the wind charmer, you are the wind charmer yourself.”

The Wind Charmer is a character who takes on many forms. How you charm the wind is up to each person’s own interpretation. Each participant is encouraged to make their own costumes, though there will be some available for those that don’t.

Silver tassels made from foil are a recurrent theme, to accentuate the wind’s movement. There will be equilateral triangles made to catch the wind. The wind is an invisible force and Payot sees it as a metaphor for the invisible forces that connect us to each other and to the environment.

People have been urged to bring their own stories about the wind. It may be the wind that blew one’s hat off or damaged a shed roof, or masqueraded as a ghost that continually slammed doors. The organisers envisage a collective artistic performance leading up to the flying of a giant kite-like sculpture as happened last year (above) when more than 100 attended the folklore’s initiation. Personal messages will be written on floaty strips attached to the kite.

“We want people to be creative”, says Kerrie Duggan of Bedford Creative Arts. “Last year, we brought artists in to help with community engagement. This year we have worked only with local artists.”

This is because funding for the project will stop this year and so a handover period is taking place with local artists to try to ensure that the tradition takes root and will survive down the years. BCA has held initiation days to include kite-building, costume design, photography and choreography. Among those being initiated is Dash Macdonald, a designer and arts lecturer has only recently moved to the area.

“The idea to create a new ritual is something exciting, and discovering what it means to somewhere like Dunstable and how artistic practice can be used to almost interrogate that by doing something new rather than re-enacting or re-staging something from the past interests me.

Agnieszka Rebosz is a dancer who arrived in Dunstable from Poland 11 years ago and, when I spoke to her, she was busily constructing a costume in which she intends to dance on Wind Charming Day.

“I wanted to feel part of this community, this town. It’s part of wanting to feel integrated and wanting to show that our town has its own identity.” 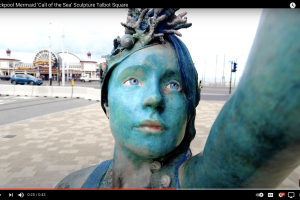 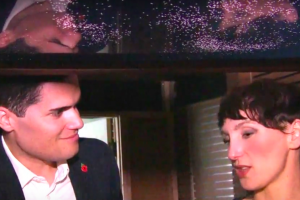 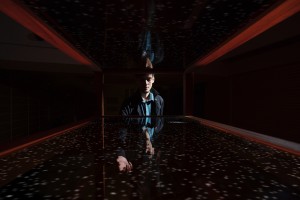