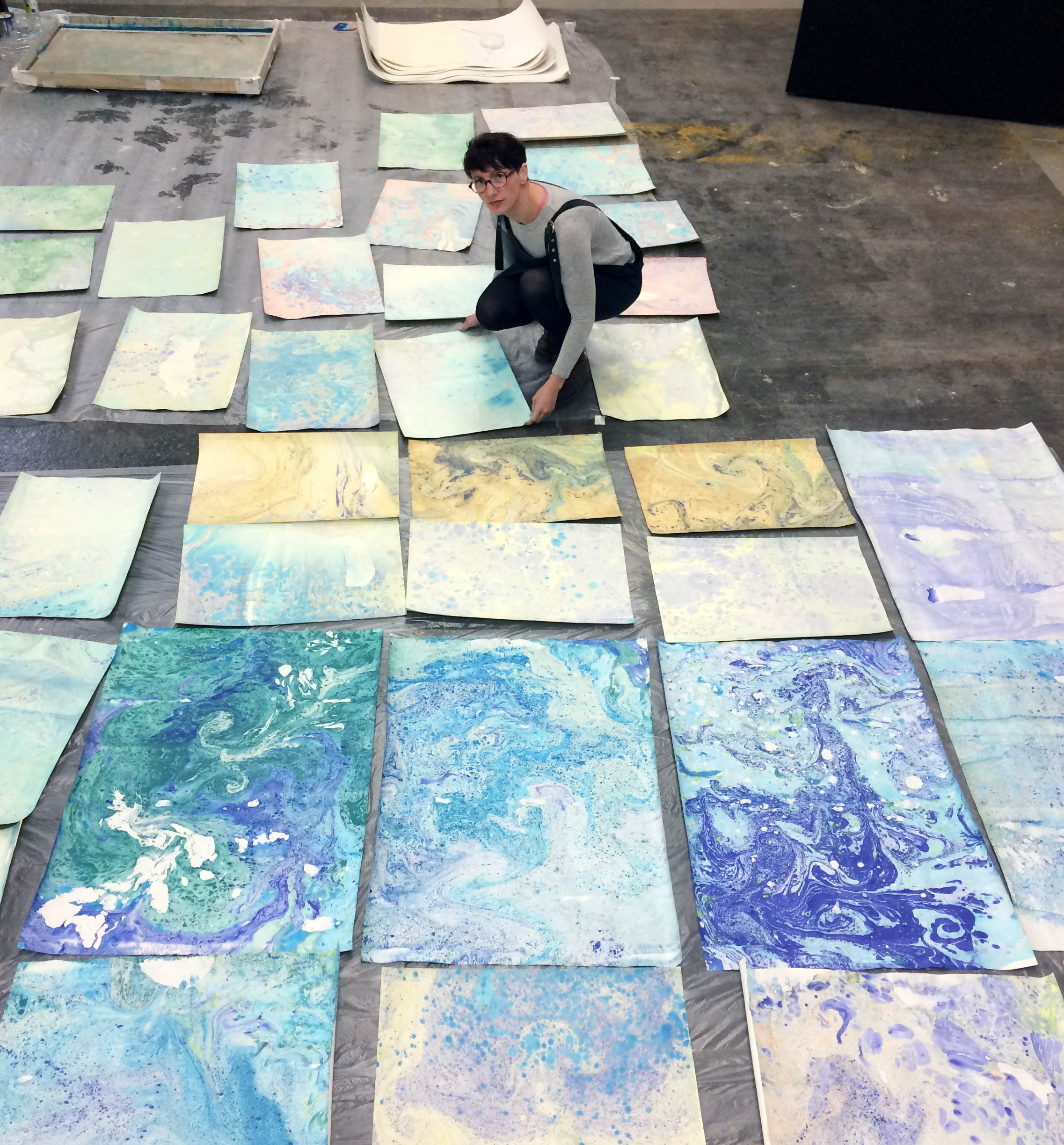 What are you creating?

What effect do you want the artwork to have?

I want people who experience the artwork to feel touched by it and touched by the stories. I want them to feel alive, to feel their breathing, to be reminded of how amazing their body is.

There are a number of different ideas that I want to get across. On one hand I want people to understand how fragile we are, how breathing conditions can compromise your life. However, I also want them to see how positive, resilient, strong, people with breathing conditions are. Having a breathing condition seems to make the people we spoke to appreciate life even more, I think it’s because they are aware of things that we take for granted.

How did you get people involved and sharing their experiences?

We spent time at the asthma and COPD clinics at Wythenshawe Hospital talking to people in waiting rooms and invited them, along with people who had come to patient focus groups, to take part in art workshops at Wythenshawe Forum library. At the workshops people explored their feelings of breathing and breathlessness through drawings and poems. We also created marbling patterns to represent the air that we breathe.

An unexpected outcome was when a young boy with asthma, started to interview adults in the room about their experiences of living with breathing conditions; their exchange was so meaningful and touching.

We also talked to people in Wythenshawe town centre about the quality of air, what air looks like and feels like. We were interested in people’s unexpected breathing stories and invited everyone to record their thoughts on wearable white boards.

What did you do with the stories you collected?

Everyone’s stories were woven together into a poem by artist and poet Scott Farlow. People who participated in the project then recorded this poem for us and these are the voices you will hear in the sculptures. Their voices will echo together, fade in and out, so it’s not just about each story but about the similarities and the differences.

How did you include people’s drawings?

The shape of the three inflatable sculptures is inspired by people’s drawings of the lungs and the air they breathe. I particularly liked a drawing by Peter, where the lungs are represented inside his body and the air is a large circle all around him. This heavily influenced the final design.

A lot of people have drawn air as a spiral, so I also wanted to include that element.

Most people with COPD or asthma said they experience a feeling of the space in their lungs feeling tighter and tighter. This is something I wanted to reflect, thus the idea of the three structures representing three phases. The sculpture about breathlessness is the smaller one and there is not much flow to it, as if it represented the lungs without air. The larger sculpture dances around the body as if air was abundant and flowing.

I was also inspired by a drawing made by Marian, where she described breathing well as ‘breathing blue’, her struggle to breathe as ‘breathing orange’, and her struggle for life when she has strong crisis as ‘breathing red’. This was such a strong metaphor, especially when described to us in front of her husband and grand-daughter, who have both been caught many times in the fear of losing her. Meeting with some of the people in their everyday environment made us realise how such breathing conditions can really have a huge impact, physical and emotional on your everyday life.

As Ian described it: “It is like a lurking shadow, like someone waiting to catch you from behind and squeeze your lungs when you least expect it.”

What did you learn from listening to people’s individual stories?

People with breathing conditions are super sensitive, they can feel what most of us can’t – air – its texture and its shape. Rather than thinking about them as having a breathing condition, I like to think they have this extra power which we don’t have; to feel air. We really do need to listen to them, their lungs are like a barometer of our environment. We need to listen to them because whilst their stories are personal, they affect us all. We all have a role to play in making our air cleaner by making changes ourselves and encouraging wider changes in society.

Breathing Blue, at the Forum for Clean Air Day