Below are poetic points of reference selected by Scott Farlow as inspiration and conversation openers  for the Voicing Silence Creative workshops. 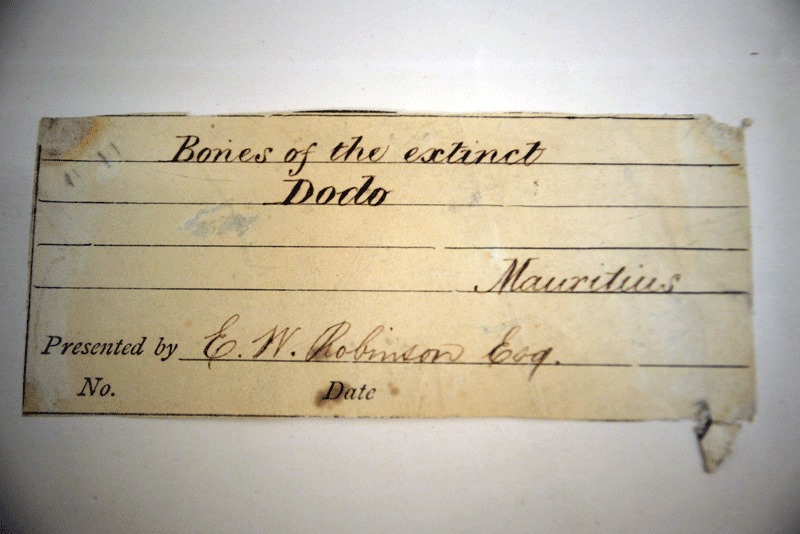 That it was shy when alive goes without saying.
We know it vanished at the sound of voices

Or footsteps. It took wing at the slightest noises,
Though it could be approached by someone praying.

We have no recordings of it, though of course
In the basement of the Museum, we have some stuffed

But its song is lost. If it was related to
A species of Quiet, or of another feather,

No researcher can know. Not even whether
A breeding pair still nests deep in the bayou,

Where legend has it some once common bird
Decades ago was first not seen, not heard.

Note:
A.E. Stallings is an American poet who studied Classics at the University of Georgia and Oxford. She has published three collections of poetry, Archaic Smile, Hapax, and Olives, and a verse translation (in rhyming fourteeners!) of Lucretius, The Nature of Things.
Having studied in Athens, Georgia, she now lives in Athens, Greece, with her husband, the journalist, John Psaropoulos, and their two argonauts, Jason and Atalanta.

For a Coming Extinction

Leaving behind it the future Dead
And ours

from his book The Lice (recently re-released in 2017, by Copper Canyon Press). WS Merwin (1927- 2019) was one of the most highly decorated and prolific poets of his generation. He published nearly three dozen

volumes of poetry, along with essays, short fiction, memoirs and translations of Dante, Pablo Neruda, Osip Mandelstam and other poets. In later years, he was equally known for his work as a conservationist — in particular for his painstaking restoration of depleted flora, including hundreds of species of palm, on the remote former pineapple plantation in Hawaii where he made his home. He had lived there, in blissful near-solitude, since the 1970s, refusing to answer the telephone.

I am beginning to write in our language, but it is difficult.

Only the elders speak our words, and they are forgetting.

There are not many words anyhow. They are scattered like clouds,

I do not speak like an Ahtna elder, but I hear the voice of the spirit,

hear it at a distance speaking quietly to me.

Translated from an indigenous language of Alaska called Ahtna by the poet. The language is so endangered that John Smelcer will undoubtedly be its last speaker in the near future. Since 1980 speakers have declined from about 120 to about a dozen today. Smelcer has been documenting the Ahtna language and is quickly doing what he can to capture and sustain its cultural memory before the last speakers pass.

Endangered Poetry Project – Languages are dying at the rate of every two weeks. Of the 7,000 languages spoken in the world over half of these are endangered. By the end of the century half the world’s current languages will be lost which will also mean the loss of unique poetic traditions.

Poems from the Edge of Extinction: An Anthology of Poetry in Endangered Languages gathers together 50 poems in languages from around the world that have been identified as endangered, and offers a unique insight into the culture of these beautiful, vulnerable languages through the voices of their poets.

Sitting at the windowsill, glued
To the windowpane, your cat-eyes to the pigeon on the building’s

Eaves. If only you knew how many passenger pigeons
Once filled the skies! Their flocks darkened the sun for days at a

Time, from horizon to horizon, one flow of feathers
Fluttering hearts, bodies pulsing together, closer and closer in seamless

Strata – billions of birds, always followed by the next
Platoon. Dung fell like melting snowflakes. They say the noise of wingbeats

Was like a lullaby.. entire forests
Served as breeding grounds, branches broke together beneath the weight

Of countless bodies. From the Rocky Mountains to the Hudson Bay, down to The Gulf of Mexico, these nomads filled East North America in search of

Nuts, berries, fruit. When divebombed by a falcon they dissolved
In angles, curves, and undulations – evolutions reproduced in their perfection

By every new flock in the same place of the attack
The heavens inscribed anew. Although your lips are trembling,

You, tiny flustered cat, can no longer see their flight maneuvers with your own Eyes: Shot down in huddled masses, slain, devoured, their forests cleared away

Note: “Is it coincidence or fate that a writer with the last name ‘bird’ would take such interest in his namesake? Perhaps it’s both, but Dodos auf der Flucht. Requiem für ein verlorenes Bestiarium [Dodos on the Run: Requiem for a Lost Bestiary] is far from an extended swansong for the extinct animals Mikael Vogel’s work evokes. It is a collection of poems and prose as much dedicated to the shrinking biodiversity of our globe as it is a reflection on human causality—an at times caustic indictment of a laissez-faire interpretation of natural history as ‘survival of the fittest.’”

Voicing Silence is an artistic response aiming to understand how the public feels about the 6th global mass extinction we are experiencing today. It questions how we ought to represent it, how to make sense of it and what new languages are need to express and address it.

Part of a wider project, Thinking Through Extinction, and working in partnership with Manchester Museum and University of Leeds, artist Laurence Payot and a team of artists are inviting you to collaborate and contribute to a video piece that will be presented online and at Manchester Museum late 2020/early 2021 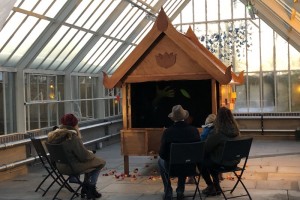 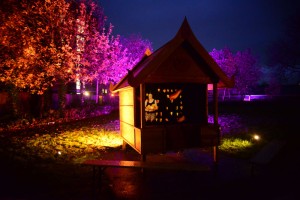 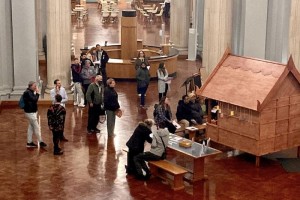 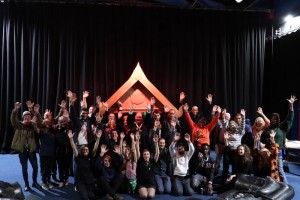