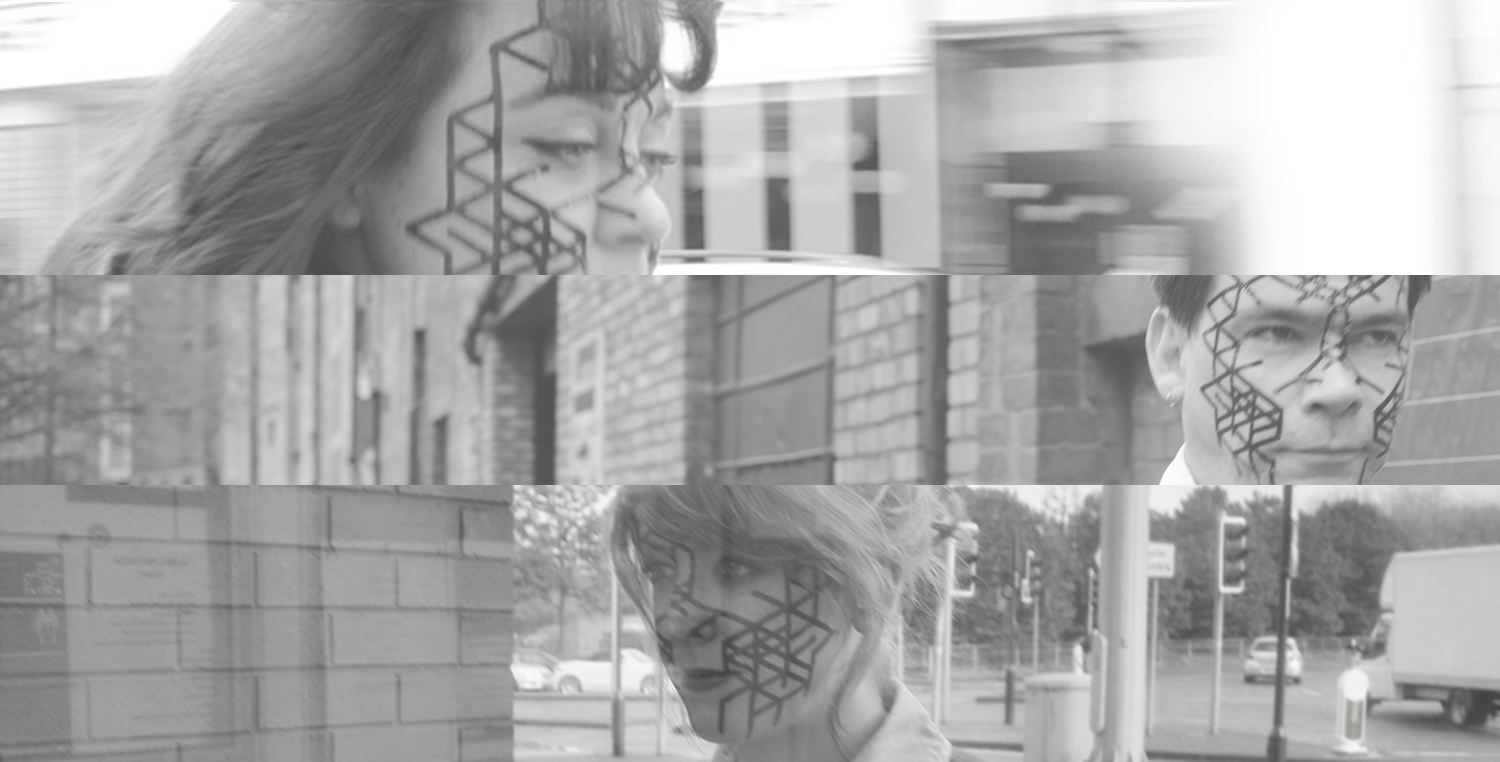 1 In A Million You

“Why am I doing this?
Do I enjoy the thrill?”

When a lot of us feel more connected to peers online than to our neighbours, the 1 In A Million You lines create unexpected connections between strangers around the globe.

Hundreds of people joined in to create an online myth and play with the power of the photographic image to document a new reality. Challenging the way we use social media for self-representation, they introduced unexpected images of themselves wearing a tribal tattoo-like mask within their private and public online space.

“I entered the public eye.”

The distinctive tribal lines appeared in the media, from Daily Post to Match of the Day, and were documented from opposite corners of the world, from Edinburgh to Korea, creating a virtual drawing across borders.

Thanks to social networks’ word of mouth, members anonymously received the tattoo-like mask through the post, documented their new identity with still and moving images, drawings, texts, and shared their own interpretations and experiences online. The ecclectic collection of online posts tells individual stories while shaping a common desire to become part of a ‘tribe’ of strangers.

From blurred and pixelated images to more elaborate responses, the living and growing virtual exhibition of 1 In A Million You gives a new take on the art of portraiture in today’s society of global participation.

“Personally had a similar feeling to wearing drag in that it’s almost an armour. For me it builds confidence, as if you’ve already offered a blatant way for strangers to judge you from the off so it doesn’t matter what you do next.”