Voicing Silence is a holographic video created by artistic director Lou Chapelle, collaboratively with artists and Global Majority groups in the North West, responding in new ways to the global extinction crisis. It asks: How do we resist this loss of diversity, languages, cultures, and ways of life? How do we care for and celebrate what we still have?

Below are words extracted, transcribed and edited from a recording of a conversation with artist/ poet Scott Farlow on 31st August 2022.

Naema Aldaqsha is a Palestinian refugee, poet and writer from Hammama, born and raised in Gaza. She is currently pursuing her post-graduate studies in the UK.

Extinction is a process of reduction and extermination; essentially, the opposite of existence.

For me, this is mainly about the tension between a continuation of existence and extinction. Monotheistic religions espouse principles and a moral framing that humans then ignore by abusing the world that leads to the extinction of so many creatures and natural resources.

The contemporary crimes against nature are much more intensive, especially in the political world and to such an extent that human beings advocate the extinction of other human beings. This extinction extends to and includes language, ideas and culture as well as nature and resources; as reflected in the westernised vision of superiority. For the sake of guaranteeing the sense of self and superiority of the west and the false narratives that are projected to exert and maintain control.

My grandparents went through and witnessed one of the biggest extinction processes of the last century; the 1948 ethnic cleansing of Palestinians – Al Nakba (The Catastrophe). I am the granddaughter of two indigenous Palestinians who survived, I have experienced extinction personally during my life in Gaza and this has shaped the way that I see everything. But, still, I am alive and fighting against the assimilation of my people and the denial of my identity. This experience has been exacerbated for me recently in a visit to a hospital in the UK where I was asked where I come from. Neither Palestine, not the Palestinian Occupied Territories were on the list of recognised countries – this is extinction isn’t it?

My life is therefore about resistance; personally and collectively.

At a collective level, I suggest changing the foundations and formation of international law and the universal declaration of human rights (proclaimed, ironically, in 1948) – it is unfair that these were created by very strong colonial powers at a time when the world was about colonised peoples and when many countries didn’t even exist. This means that the creation of these laws was created by the powerful states in order to maintain their own power over the oppressed.

This extends back to the Westphalia Treaty (1648) and the implications for a modern classification of the global earth, the establishment of states and the state system, religious tolerance and international law.

Look at conflicts based on religion and culture that have come about because of the division and separation of people through the creation of states. The subsequent and inevitable emergence of wars and conflicts leads to the extinguishing of cultures and their languages as well as the extinction of resources.

So, I would re-arrange the world map and create a simpler version that is just the shape of the planet with people co-existing with one another.

My personal resistance is writing. In writing I am perpetuating my self and my life. I have been writing articles, collaborating and publishing writings, including a novella. My novella describes a process of defying both the personal and collective extinction of Palestine – the land and its indigenous people – and articulates ideas such as equality, justice, freedom and the implementation of human rights as defined by ordinary human beings (not the UN).

All of this confronts extinction.

I write to have my ideas heard.

I love balance. Striking balance is very important in order to defy extinction; especially when it comes to natural resources. This can be an outcome of appreciating the value of everything in the world; especially other human beings and nature. Believing in equality and in the right to exist in the universe – if you have these beliefs, you will not be the cause of extinction.

There is a natural instinct to remain alive. Sometimes it is natural to be extinct.

We need to admit that the world is imbalanced. If we can’t see that, we can’t redress the balance. Climate change and genocide are outcomes of the abuse of the world by the west and so many people are experiencing the enduring side effects and negative impacts of these actions.

Are we so stupid that we need to experience negativity before we do something positive? This contradiction seems to be part of the human condition.

But, transferring problems elsewhere, doesn’t solve the problem. Ultimately, it makes the problems worse. To challenge and defy extinction, people have to think collectively and believe that all humans are equal. After all, we can’t forget that extinction is part of all human existence – we are all going to die, but not all of us are going to die with dignity having lived as equals.

Extinction is part nature and part human nature, but people can protect themselves from negative, destructive and unwanted behaviours.

We need to work on the extinction of destruction and the exhaustion of natural resources.

We can confront this by making extinction extinct. 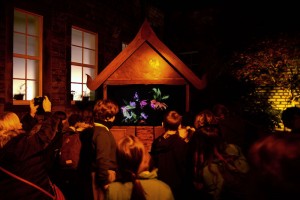 Voicing Silence – at Light Up Lancaster 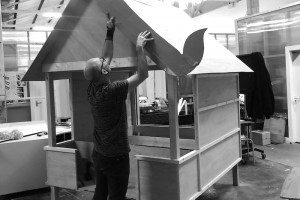 Voicing Silence – Constructing a shelter, at The Royal Standard studios 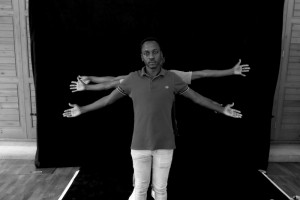 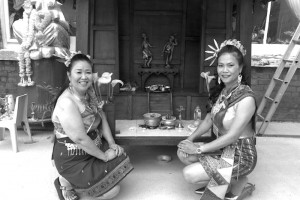